Early Hudson's Bay Company hunters and trappers, following the Siskiyou Trail, passed through the site beginning in the 1820s. In the late 1840s, settlers (mostly American) following the Applegate Trail began traveling through the area on their way to the Willamette Valley. The city states that the name was selected to honor General Ulysses S. Grant's success at Vicksburg. 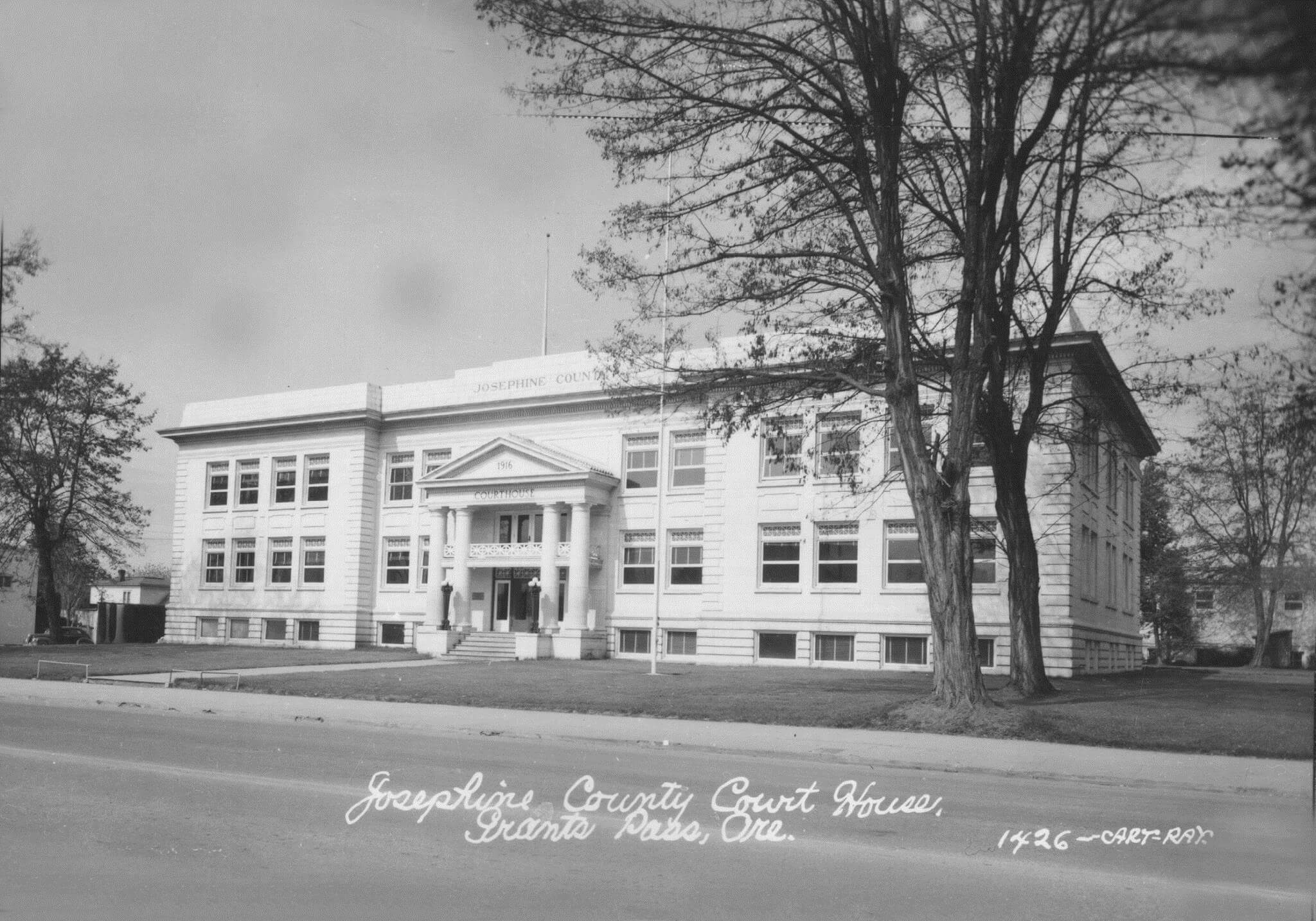 Grants Pass is the departure point for most Rogue River scenic waterway guided fishing and boat trips, one of the destinations being Hellgate canyon. The Rogue River originating in the Cascade Range flows for 215 miles emptying in the Pacific Ocean at Gold Beach, Or. The Illinois River, one of the Rogue's tributaries flows 56 miles past Kerby through the Siskiyou National Forest and Kalmiopsis Wilderness, it has also been designated a scenic waterway, it joins the Rogue River near Agness, Or. The Applegate River’s headwaters are located in the Siskiyou Mountains follows a 51 mile long journey to the Rogue River 6 miles west of Grants Pass just above the start of the Wild and Scenic section of the Rogue River.

The discovery of rich minerals at Sailor Diggings (later known as Waldo) in 1852 and the resulting gold rush brought the first settlers to this region. Several U.S. Army forts were maintained in the county and many engagements during the Rogue River Indian War (1855–1858) took place within its boundaries. In 1851, a group of prospectors moved to the Illinois Valley and made the first discovery of gold in Southern Oregon.  The State of Oregon was admitted to the Union on February 14,1859. 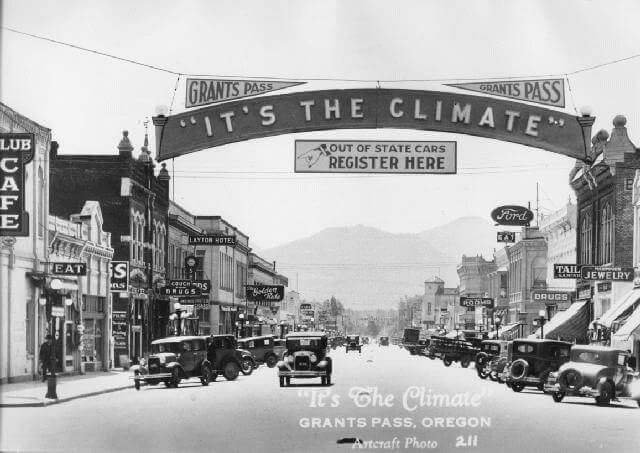 In 1885, the county seat was relocated to Kerby, where the county's first jail was built in 1885, the Oregon Legislature adjusted the boundary between Jackson and Josephine County, making Grants Pass a part of Josephine County. This was done primarily to have a railroad head within the new county. Grants Pass post office was established on March 22, 1865. The city of Grants Pass was incorporated in 1887.

In 1874 Elijah Davidson discovered the Oregon Caves while bear hunting near Sand Mountain (now named Mount Elijah after Davidson). The caves were designated a National Monument by President William Howard Taft in 1909. Oversight of the caves is currently handled by the National Parks Service. https://www.nps.gov/orca/learn/historyculture/index.htm

In the 1920s, the county improved its tourist facilities. In 1922, the Grants Pass Cavemen booster club was created, where members dressed in furs and wielded clubs at events. Events organized by the club ranged from simply blocking traffic, to bidding on the construction of the San Francisco–Oakland Bay Bridge (at a cost of 23,756,000 deer hides), to initiating politicians into their club including Mark Hatfield and Thomas E. Dewey during his 1948 presidential campaign. Russian newspapers used images of the Grants Pass Cavemen to show 'how the rich "cavort" in America.

Although bridges had been built across the Rogue River by the 1920s, ferries were still used to convey people and cars across. The first Grants Pass bridge was destroyed by a flood in 1890.

Built in 1931 Grants Pass is currently home to Caveman Bridge, built by Conde McCullough in the first half of the 20th century. There are dozens of others of his bridges, many on the coast.

The first newspaper in Josephine County was the Argus, which began publication on March 13, 1885. It lasted only a few months, but the Grants Pass Courier began three weeks later In 1897. Now known as The Daily Courier.

The Chamber of Commerce was established in 1924.

We are rich in history and encourage you to contact Josephine County Historical Society  http://www.jocohistorical.org/  or the Daily Courier http://www.thedailycourier.com  for additional historical information.